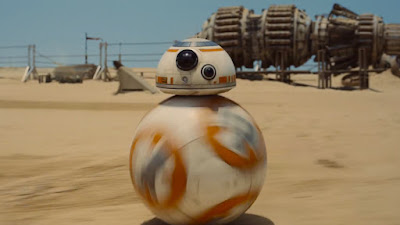 Just as we prep the next generation of nerd, Star Wars has kicked off the introduction of their next generation with the new movie, Star Wars, Episode VII: The Force Awakens. Carlin and Michael hold back on their thoughts and get reaction from the kids about their take on the new film's characters, plots, and settings. Plus, a new Jetpack Tiger dives into the new Star Wars film, too. WARNING: Do not listen if you haven't seen the movie yet and want to remain spoiler-free. 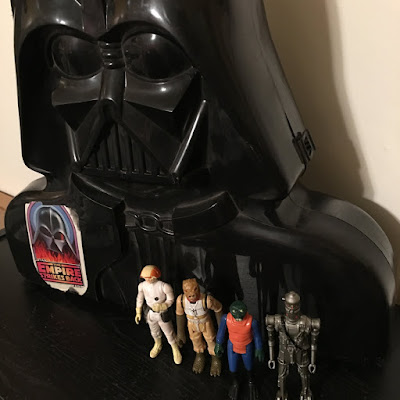 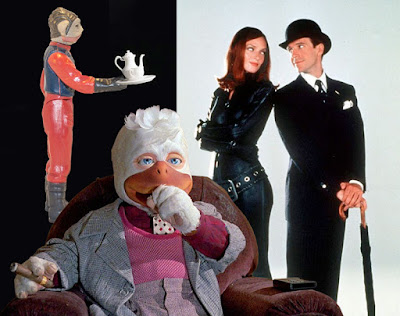 There's nothing like watching some bad movies to make you thankful for the good ones. In this episode, Michael and Carlin introduce the kids to some turkeys...aka some bad movies. After talking about the general practice of watching movies that are "so bad, they're good" David gets into his thoughts about the 1986 Howard the Duck film and Annaliese talks about her experience watching the 1998 Avengers film. Plus, a new JetPack Tiger segment is all about vintage Star Wars action figures.

Posted by Carlin at 9:00 AM No comments: 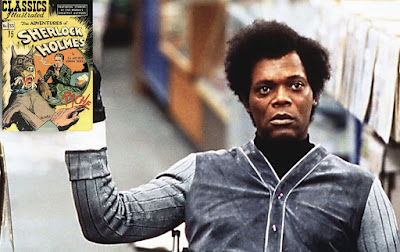 The Dragonfly Ripple gang gets spooky and zany to the max! Carlin and Michael discuss nerdy things the kids are discovering on their own, then Michael talks to Annaliese about her experience watching The Sixth Sense, Unbreakable, and Signs. Careful! Spoilers! After a Jetpack Tiger episode on Animaniacs, Carlin asks David about the four versions of Hound of the Baskervilles that he watched. More spoilers! And finally, we close by picking movie monsters we'd like to have over for game night. No cheating, Dr. Griffin!

Posted by Michael May at 8:00 AM No comments: 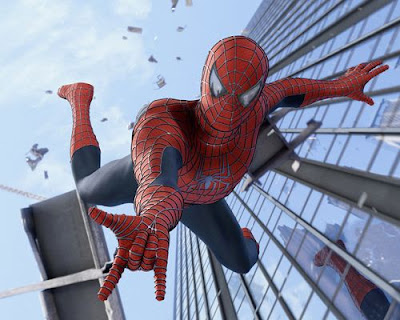 The Dragonfly Ripple crew return and break the format to talk about the Sam Raimi Spider-Man trilogy as an entire group. They also each create their own Spider-Man villain. Inspired by a summer movie, David has been playing some old Atari games and talks about that. Carlin and Michael give some updates. Plus, a new Jetpack Tiger delves into the Ultimate Spider-Man cartoon.

Posted by Carlin at 7:45 PM No comments:

Dragonfly Ripply Episode 5 - Back to the Future / Terminator 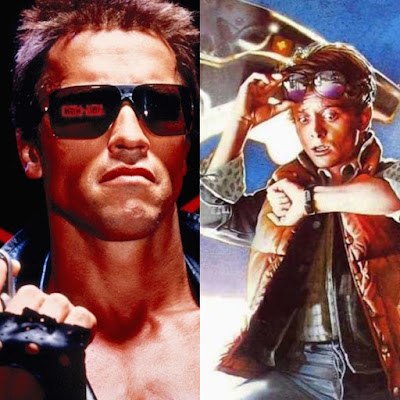 In the new episode of Dragonfly Ripple, we come to you from the past to talk about time travel movies. First, inspired by the very different tones of Back to the Future and The Terminator, Carlin and Michael discuss some philosophies behind filtering content for kids. Then, Carlin and Annaliese celebrate the 30th anniversary of Back to the Future by discussing that movie. After a Jetpack Tiger about the How to Train Your Dragon Series, Michael and David talk about the first two Terminator movies and how time travel for Arnold Schwarzenegger may be different from the way Michael J Fox experiences it. We wrap up around the virtual dinner table by creating our own super teams of pop culture icons.

Posted by Michael May at 9:44 PM No comments:

Email ThisBlogThis!Share to TwitterShare to FacebookShare to Pinterest
Labels: Back to the Future, How to Train Your Dragon, JetPack Tiger, movies, podcast, Terminator, time travel 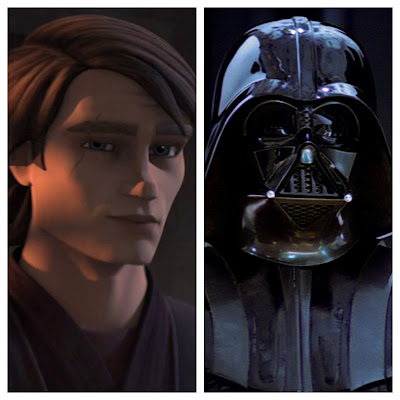 In the new episode of Dragonfly Ripple, the podcast crew talk about a whole bunch of Star Wars. First, Carlin and Michael spend a few minutes talking about their philosophies on planning a "curriculum" for their children and their nerd interests. After that, Michael and David discuss some Star Wars animation including both version of Clone Wars and Star Wars Rebels. After a Jetpack Tiger all about the Lego video games, Carlin and Annaliese talk about her first experience with the complete original Star Wars trilogy.

Posted by Carlin at 4:22 AM No comments: 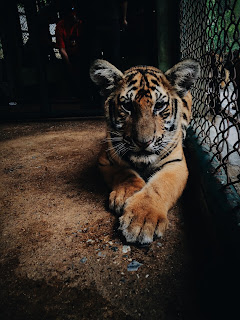 Episode 4 of Dragonfly Ripple is coming soon, but in the meantime, here's a bonus "JetPack Tiger" segment where Dashiell talks all about his world. Michael, David, Annaliese and Carlin will be back soon to talk a whole lot about Star Wars. 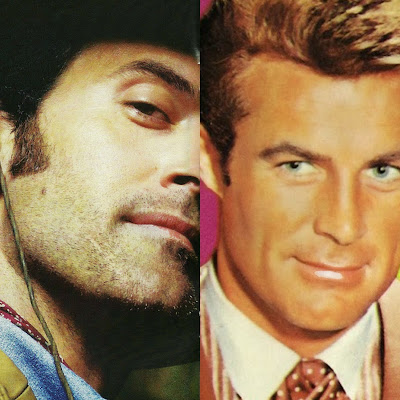 In this episode of Dragonfly Ripple: Bringing Up the Next Generation of Nerd, Michael and Carlin talk to the kids about Westerns…with a twist (or "twisterns" but we're not sold on that name). Carlin and Annaliese watched through the 1993-94 Bruce Campbell series on FOX, The Adventures of Brisco County, Jr. And Michael and David delved into the 1960s TV series (and 1990s Will Smith movie) The Wild, Wild West. Both shows are Westerns, but feature sci-fi, spy and steampunk elements.

The opening chat sets up our fourth episode by talking a bit about the order we present the Star Wars films to our children. Plus, in Jetpack Tiger, we talk about the Star Wars Clone Wars cartoon. 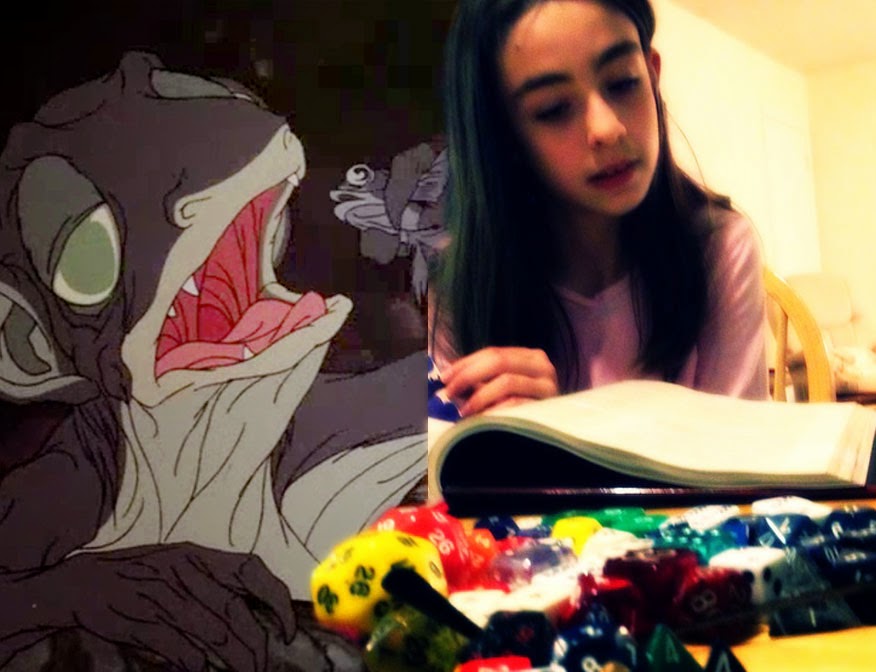 Michael, Carlin, David and Annaliese are back for a second episode. It's a fantasy-themed episode as Michael and David delve into the animated Hobbit and Lord of the Rings movies and Carlin and Annaliese play some Dungeons & Dragons. Also, this episode features a new segment called "Jetpack Tiger" featuring some discussion about the Lilo & Stitch movies.

Posted by Carlin at 5:56 AM No comments: 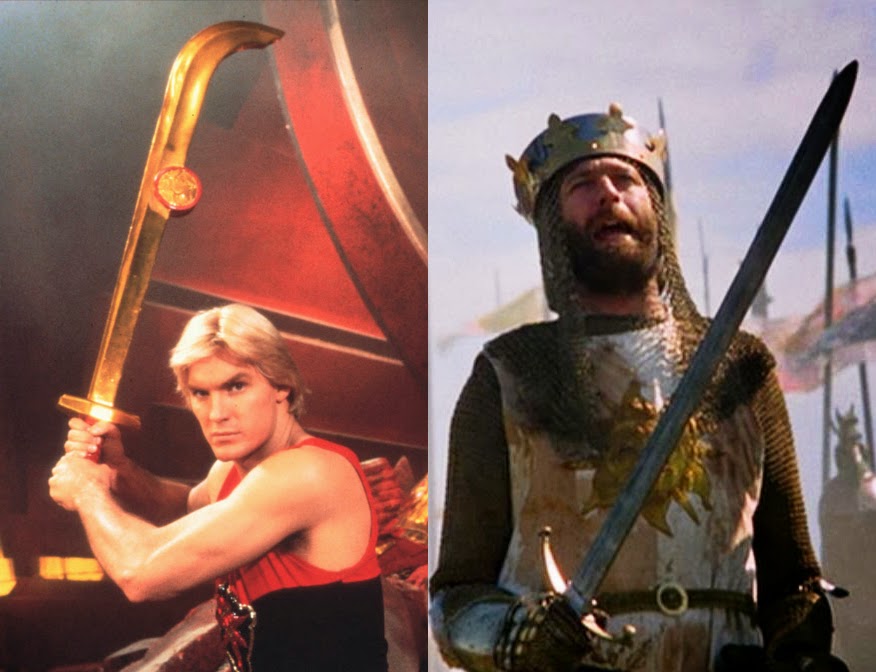 In the debut episode, Carlin shares the 1980 Flash Gordon movie with Annaliese and Michael shares Monty Python & the Holy Grail with David!