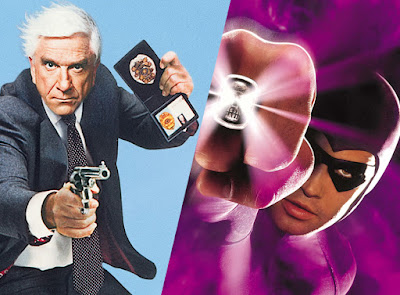 We're back! Our Valentine's Day present to you is this brand new episode in which Michael and Carlin talk about the challenges of scheduling nerd training as kids get older and busier. And with time being so limited, how do we curate what we show them to make sure that it's worth everyone's time?

When Annaliese and David join us, Michael talks to Annaliese about the humor of Police Squad, then Carlin asks David about the differences between the 1942 serial The Phantom and the 1996 feature film starring Billy Zane.

On Jetpack Tiger, Carlin and Dashiell chat about Adam West's Batman. And we close out the episode with everyone's creating their own nerdy Valentine's candy.

Posted by Michael May at 7:26 PM No comments: